Yesterday, a good friend of mine and I went out on the bikes for a wander around the city rather than go on a longer ride on the cyclocross bikes. I am still recovering from a bad cold that has settled into my lungs and longer rides are not happening yet. The weather was about perfect for it with temperatures hovering around 14 degrees Celsius with a fairly stiff wind. For November in Southern Ontario, that is almost idyllic.

We ended up on a trail which follows a creek in the south end of Kitchener that I have not ridden down in a very long time. 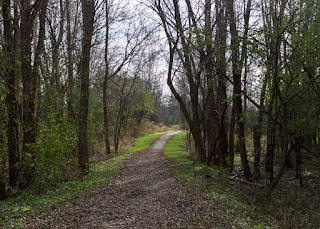 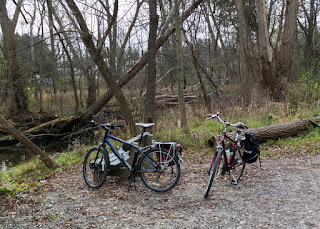 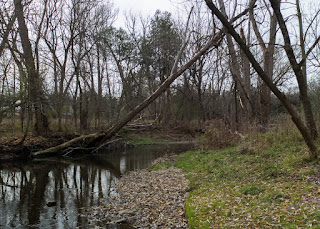 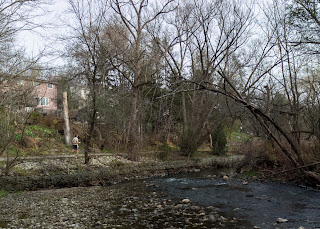 Unlike many suburban trails, this one actually goes someplace and connects several different subdivisions together and links them, in a round about way I will grant you, to the city's major trail networks. It is very pretty, and with yesterday's wonderful weather, quite heavily used. I will have to make a point of returning again for another look around.

The trail ends at the remnants of an old settlement and still contains several buildings of note. The one pictured here is a car garage which used to be an old stable house. 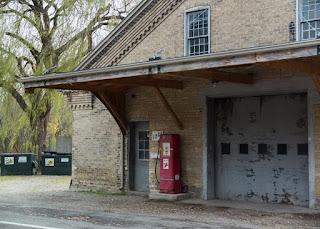 Again, on my list to revisit, preferably when it is open, to see if they mind if I wander around the property and take a few pictures of the building.
Posted by Unknown at 08:32